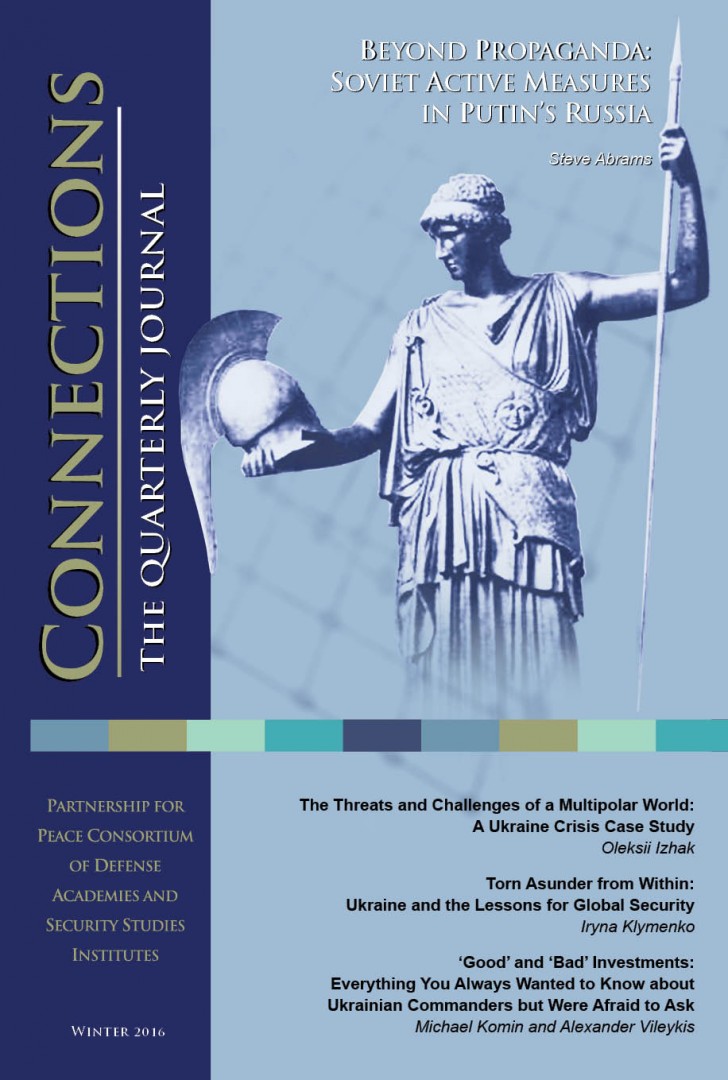 The Winter 2016 issue of Connections presents original articles on Russia's hybrid warfare toolset and its Soviet predecessors, the crisis in Ukraine, caused by the annexation of Crimea and the Kremlin-backed separatist forces in South-Eastern Ukraine, the enduring validity of Clausewitz's "On War" for modern conflict, and a review of univeristy programs in intelligence studies with discussions of their applicability to the needs of Germany.