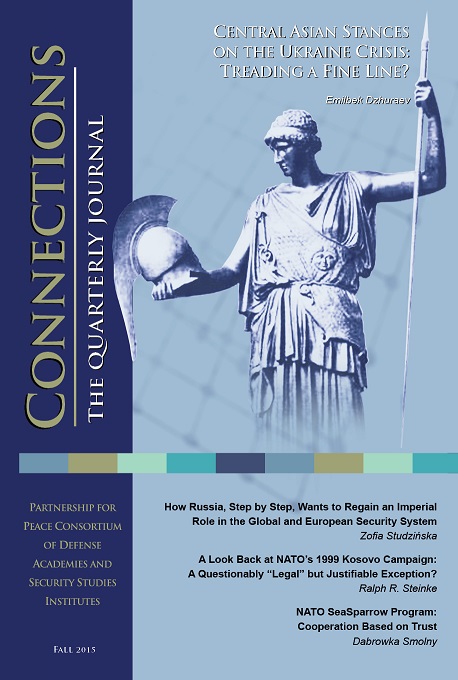 The Fall 2015 issue of Connections: The Quarterly Journal addresses two main themes: (1) how the Ukraine crisis is perceived in Central Asia, and (2) can the NATO campaing against Milosevic in 1999 and the independence of Kosovo, declared several years later, serve as precedent, and justification, for Russia's annexation of Crimea. Other articles look into the related issues of how Russia sees its role in the European security architecture and Russia's response to the rising terrorist threat. A final article provides analysis of a decade-long multinational defence cooperation in the development and maintenance of a major weapon system and how the experience could be of benefit for current smart defense projects.